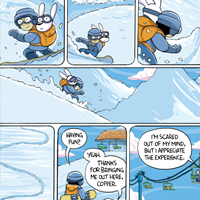 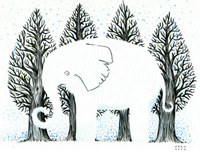 Storyopolis will be hosting a Will Eisner tribute event tonight, which should be fun. Along with an exhibit featuring some of Eisner’s work and a plethora of books for sale, there will be a panel discussion about the evolution of the graphic novel with Sergio Aragones, Jackie Estrada, Denis Kitchen, and Mark Evanier. (More info here) I had a great time hanging out with the folks at Storyopolis on Saturday, and I also signed a bunch of copies of Amulet if you’d like to pick one up.

This weekend, I will be attending the BEA at the Los Angeles Convention Center. On Friday, I will be signing at the Scholastic booth (#5001-5002) from 4-5pm, and on Saturday, I will be on the Emerging Voices & Artists panel from 1:30-2:30pm in Room 406B. The panel will also feature my friends Neil Babra and Gene Yang, so I’m looking forward to it. Immediately following the panel, I will be signing books and drawing Amulet sketches at the Scholastic Booth from 3-5pm. If you’re planning to attend the event, please be sure to drop by the booth or the panel to say hello!

Today, I saw Speed Racer for the third time and it still gets me all choked up. I must seriously be hypnotized by this film, because I just keep feeling the urge to go see it again… and again. At some point during the screening, I realized that this film has just found a home on my all-time favorite films list, alongside Akira Kurosawa’s Dreams and The Karate Kid. Amy and I are planning on seeing this on IMAX now. It’s been so long since I’ve seen a film in the theaters that I enjoy and love this much. I’m going to be sad when it’s no longer playing on a big screen, because it just feels like it’s meant to be seen this way.